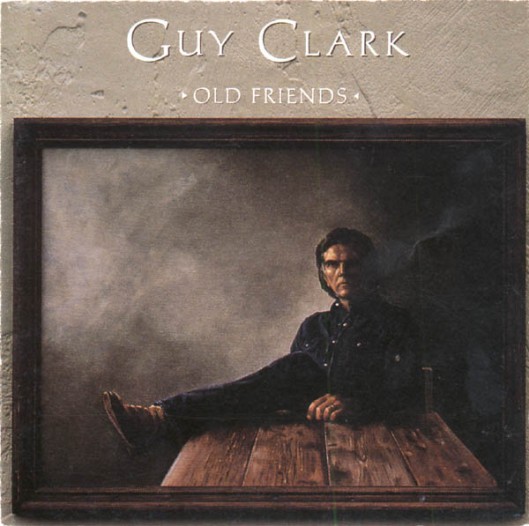 Granted, this interpretation might seem far-fetched, but hey, that’s the great thing about having my own blog: I can write, interpret and far-fetch as much as I like, ain’t nobody’s business but mine. 🙂

Thanks to my dear old friend Martin (old as in long-cherished, but also as in older than me, haha…and formerly known as “Müllermartinhallo” to people calling our shared apartment in Schwabing over 15 years ago … Gee, talking about old, is it that long ago???), I have been introduced to the power and beauty of Texan songwriters, bards and troubadours. Often scolded “Country Music” by ignorants (like me back then), “Texas Folk” (aka “Outlaw Country”, “Texas Country” or simply “Texas Music”) is much more, and something completely different. You can clearly hear it in its anti-Nashville sound and instrumentation, which actually brings it much closer to Woody Guthrie’s Folk, Hank Williams’ early Country and Western style, even Blues. One reason why it’s quite rightly often considered “roots music”, music that draws its inspiration and emotional power not only from the roots of American history and culture, but indeed from the roots of mankind, of human being.

Even though it is said that music has a universal power, which is certainly true, it’s the lyrics of many of these Texan songs that do it for me, no wonder: “Lyrical content is the backbone of Texas country”, as the web teaches us. I can indeed understand people simply not responding to hand-made music, raw stuff that sounds more like a garage than a BMG studio, but I do find it hard to appreciate lyrical and poetic numbness in people who don’t just bow down to some of the folk scene’s thrilling lines. And those troubadours like Townes Van Zandt, Kris Kristofferson, Steve Earle, John Prine, or even non-Texans John Gorka and Johnny Cash (unrightfully mistaken as a Nashville guy for too long) simply got it goin on the text side of life. True storytellers of true stories, not by “creative writing course”, but by nature, by heart.

Much has been written about folk music from Texas or elsewhere in the English-speaking world (the language barrier where I would actually draw the line, calling the rest “Volksmusik”or “Folkore”, but that’s surely arguable), and if you want to know all there is to know about Texas Folk, its origins, history, meaning as well as all its great exponents, you’d better ask my old friend Müllermartinhallo himself or read his own words at facebook.com/de.martin.wimmer or deinlandmeinland.com (where he tends to his alter ego Willi Ehms). Nobody knows more about that stuff than him – as I could witness in endless Martini and Ardbeg nights in Munich’s beautiful Schwabing at the end of the last century.

No, I’m not out to write an incompetent take two at a Wikipedia entry or compete with No Depression and other Roots authorities. What made me start this post was actually the short, but soul-pinching lyrics of one of my favorite North American singer-/songwriters Guy Clark (by coincidence from Texas) that have stuck in my heart and mind ever since I heard them first – and have not only accompanied me through life’s many introspective challenges and helped me make one or the other right decision. They have also proven true and helpful in explaining the essence of a good storyteller and good, true and successful storytelling, to myself, and to others.

I may not know all of Guy’s songs (yet), but I know and I LOVE this one for its simplistic beauty and truth, words to engrave into your wedding ring.

The song’s called “Come From The Heart”, very appropriately from his 1988 album “Old Friends”, and is goes like this:

When I was a young man, my daddy told me
A lesson he learned, it was a long time ago
If you want to have someone to hold onto
You’re gonna have to learn to let go

Now here is the one thing that I keep forgetting
When everything is falling apart
In life as in love, what I need to remember
There’s such a thing as trying too hard

Now … How am I gonna turn the corner on this one? From words that come from the heart, about love and life, to business storytelling? Ah, c’mon! There must be some connection, or did I daydream it while listening to Guy’s song … is it indeed true that there is such a thing as trying too hard, also when blogging about storytelling and trying to find a story connection everywhere?

Ah, got it, I remember: “In life as in love”, it says. And what different is business life to “normal” life anyway? Humans, mostly men, playing a game of thrones, of love and hate, of life and death, even if gladly (most of the time) not in a literal sense, though it can hurt nonetheless. But also people (or colleagues) helping each other through tough times, providing a working environment worth remaining a part of. Or (now I’m really bending this one into shape here!) products (or solutions or services or whatever) actually helping people change their world for the better. These are all the stories great and small that – if true and told in the right way – can convince others and turn so-called “prospects” into customers or employees, or at least brand ambassadors.

And this right way of telling a story is: Truth, Authenticity, Integrity, Righteousness. And Boldness – a virtue most cooperations, especially from the so-called “old economy” or, simpler, the 19th and 20th century, still lack to an appalling degree. The courage to speak (or write) in the true, human and individual voices of each and every one of its employees or customers, even if doing it on behalf of the company. Let’s make one thing clear: There is no corporate voice, cooperations cannot speak, think, feel, or experience anything; it’s their people and the people the get in contact with (communicatively or while making business) who have this human voice that is “unmistakably genuine and can’t be faked”  – a voice that can come from the heart, that (if bold and courageous and self-confident enough) speaks like nobody’s listening, like nobody’s watching, like there is no audience.

So here a bone to chew on:

Go on, try it: Tell your story as it is, without thinking about its reception before it’s even written (or filmed)! This may not (right away) be what you audience wants to hear, but it may be what you have to say, what you want to tell.

And it’s gotta come from the heart, if you want it to work.

1 thought on “Ignore Your Audience! Or: Guy Clark’s Advice for Life, Love, and … True Storytelling”